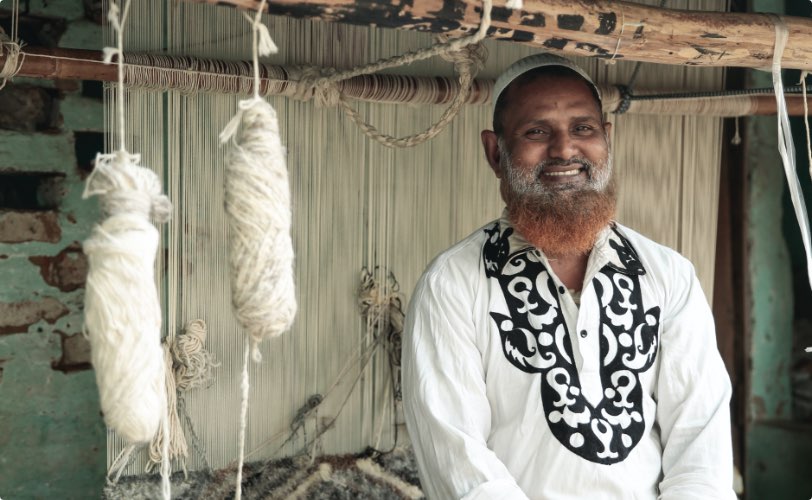 The world has been witness to an uncountable number of stories where art has been the healer.

Vahid Khan had spent over 10 years in the Central Jail and had four more in an open jail when he came to meet NK Chaudhary at Jaipur Rugs. His only request was to set up a loom at his place so that he can work and lead a meaningful life.

Vahid was convicted of murder in his early twenty’s, an incident he so deeply regrets which went out of hand in a flash. While in Jaipur central jail Vahid completed his education till 10th grade from Indira Gandhi Open School. His two sons were brought up by his in-laws.

Today Vahid is 46 years old, he believes he has learned many life lessons about how one should conduct oneself and hope that others learn it the easy way.

Weaving has given him a second chance in life and he believes his latest Manchaha(an artisan’s original) called Zindagi ki Seekh [Lessons of Life] inspired by the works of Gandhi is a tribute to that.