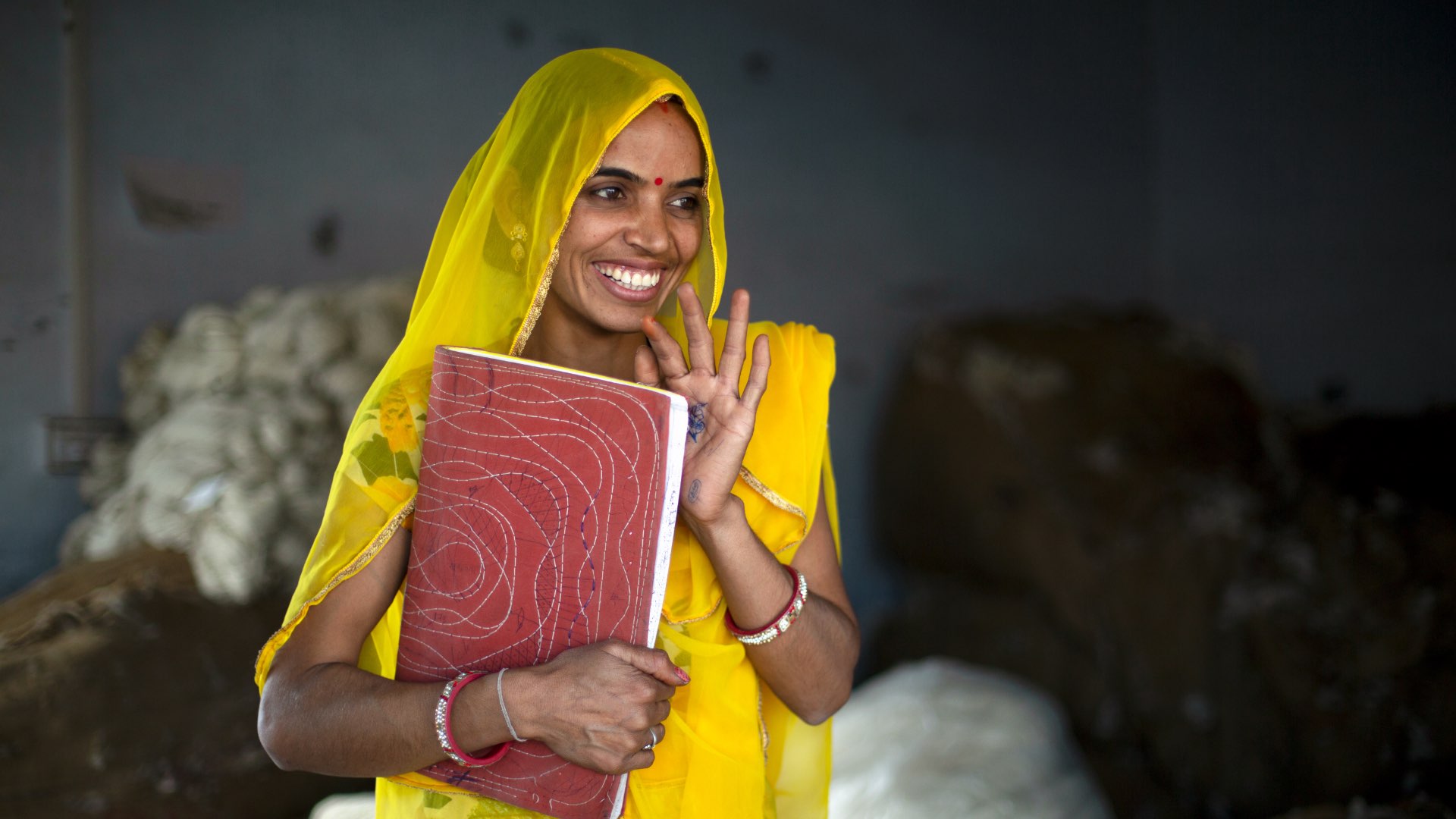 Silhouetted against the red-hot evening Sun at Kakkoo, a village in Bikaner’s Nokha Tehsil, is the slender frame of a woman unloading bundles of yarn from a giant truck.

The charkha has turned the wheels of fortune for Chhelu. In her younger days, she would trudge up and down the 14 kilometres between her home and the spinning centre. “At every glance across the vast, lonely fields along the way and the bundles of yarn at the centre, I would think it was my last day at work. I thought of calling it quits. But there I was, getting ready at the crack of dawn the very next day to march across the fields to the spinning centre. I woke up each morning to follow my dream,” she says.

There’s a glimmer of pride in Chhelu’s eyes when she recalls a community meeting ten years ago in which she expressed her resolve to land a job at the spinning centre. She could have lived off the magnanimity of her caring kin. But she chose to live with dignity.
“Listening to NK Chaudhary’s life story made me realise that if you have determination and perseverance, you can achieve anything in life,” she says.

She staved off competition from 50 others to get selected as centre in-charge.

Chhelu dropped out of school after class VIII, but the urge to learn hasn’t left her. Whenever she gets time, she tries to read the morning daily, a wedding invite, or a random piece of printed paper. She makes an effort to learn English from the English-speaking people she gets to interact with.

The long walk to work passes as she hitches a ride on her husband’s scooter. And, her ambitions are only growing.

“I want to be in-charge of two centres now and also learn to ride the scooter,” she laughs.